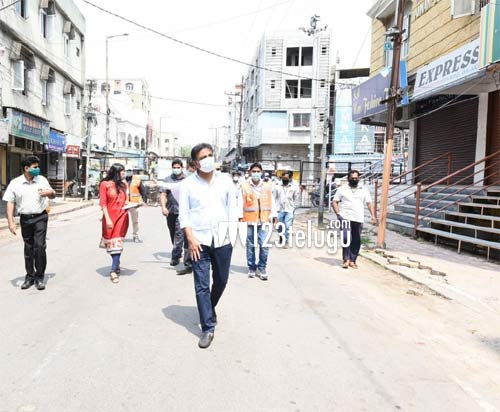 Telangana’s IT minister, KTR has been touring various parts of Hyderabad enquiring about the various people during the crunch time of Coronavirus.

One of his videos has gone viral where KTR is seen talking to a little guy while making his rounds. Seen in the video is KTR asking what’s the name of the young kid.