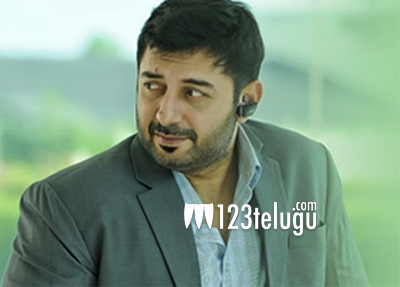 Prabhas’s Saaho is undoubtedly one of the most awaited films in the coming days. The action drama is being made on a mammoth budget of 150 crores and has some of the known names from Bollywood.

The film’s negative role is being played by Neil Nithin Mukesh and he plays a tech savvy criminal. But many do not know that Neil was not the first choice for the film.

Sources close to us reveal that it was Aravind Swamy who was first approached to play the negative role. As he was not keen on playing the villain, he opted out of the film citing date reasons.

As the film is being made in Hindi too, the makers roped in Neil for the role finally. UV Creations produces this film which has Shraddha Kapoor as the female lead.