When Vijay missed a chance to act in Trivikram’s production
Published on Oct 29, 2018 6:44 pm IST 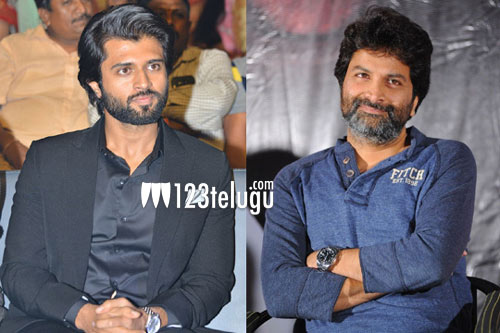 Following the blockbuster success of Arjun Reddy, Vijay Deverakonda became a name to reckon with in Tollywood. He had signed a handful of movies with reputed banners and directors, and among them was a project with Nandini Reddy.

The Nandini Reddy-Vijay Deverakonda film was supposed to be produced by Sithara Entertainments banner in Trivikram’s creative supervision. Although he liked the premise of the story, Trivikram felt that the script had too many layers and he wasn’t totally convinced with it.

That’s when Nandini Reddy had reworked on the script and made it as a web-series, GangStars, the first Telugu web-series streamed on Amazon Prime. Incidentally, the web-series didn’t feature Vijay Deverakonda.