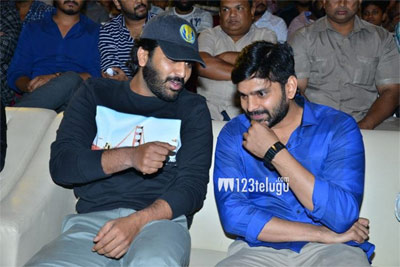 The pre-release event of Sree Vishnu’s intense youthful entertainer, Needi Naadi Oke Katha, was held last night and hero Sharwanand was the chief guest at the occasion. Speaking about the film, Sharwa made an interesting revelation.

Sharwa said that he was quite impressed with Needi Naadi Oke Katha’s trailer and Sree Vishnu’s peculiar Chittoor slang, which he nailed it to perfection. Sharwa went on to reveal that he wanted to buy NNOK’s distribution rights but was informed by the film’s team that the business was already closed. Not only Sharwa, NNOK has been getting huge appreciation from several industry celebrities who watched the movie in a special screening.