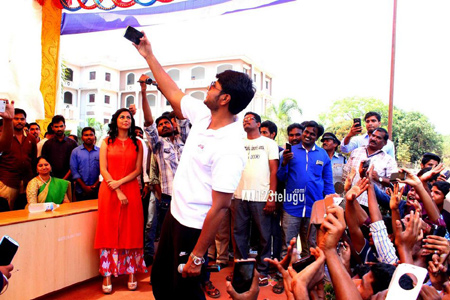 Taking a cue from Bollywood, the unit of the upcoming release Run has planned a whirlwind promotional campaign across several cities and towns in Telugu states, much before the film’s release. This strategy has paid off and a positive buzz has been generating among the young audiences who have just finished their board exams.

Starting off from Hyderabad, the film’s lead couple Sundeep Kishan and Anisha Ambrose have so far been greeting huge crowds at several shopping malls and engineering colleges in Vizianagaram, Vizag, Kakinada, Tadepalligudem etc and getting a huge response.

The team is yet to visit Vijayawada, Guntur, Ongole and Nellore. Run will be releasing on March 23rd as a holi special treat.