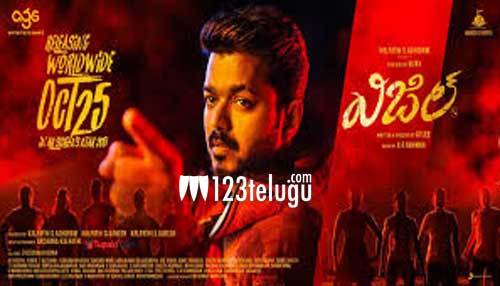 Whistle once again proved that Vijay is growing more popular in the Telugu states with each passing day.

The film has completed a week’s run and has made a share of 9 crores at the box office as of now which is good.

The film was sold for ten and half cores and with the film entering the second week, things look safe for this sports drama.

Mahesh S Koneru presented this film in Telugu and Atlee has directed it.