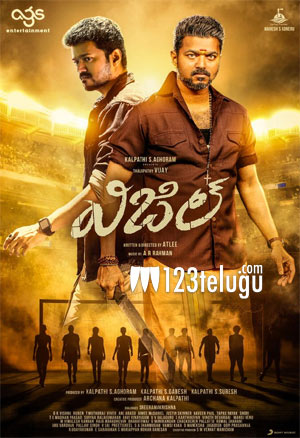 On its opening day, in Nizam, Whistle collected a decent share of Rs 64 lakhs. With no Telugu movies showing any impact at the box-office, Whistle is sure to perform decently throughout the opening weekend. Monday being a holiday, Whistle will look to collect as much as it can at the ticket windows.

Atlee no has directed Whistle and Nayanthara is the film’s leading lady. AR Rahman is the music composer. Mahesh Koneru is presenting the Telugu version.