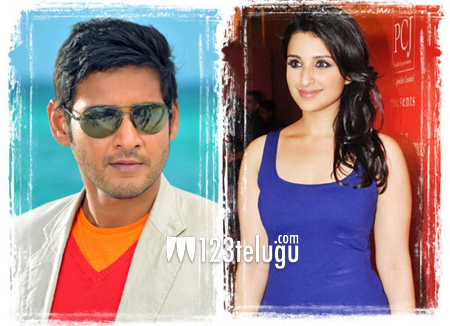 Priyanka Chopra’s cousin, Parineethi Chopra is growing up the success ladder with her unique roles. She has a host of films lined up and has also bagged some big banner films.

Parineethi is not only limiting herself to Bollywood, but is interested to work in the south as well. Recently, she had a fun question and answer round on Face book, and when some one asked who her favorite actor in South was, she immediately replied Mahesh Babu.

This is not the first time that Mahesh has been named by Bollywod actresses. In the past heroines like Sonakshi Sinha also revealed that she would love to a film with the super star.