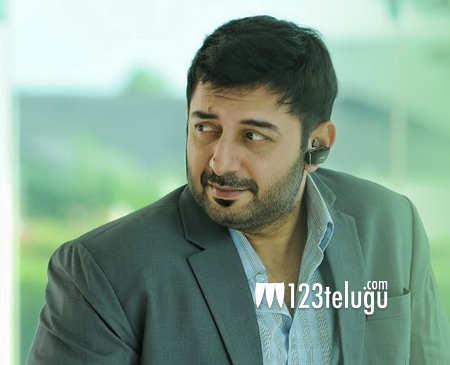 Earlier today, we reported that noted producer DVV Danayya has obtained the remake rights of the recent Tamil blockbuster Thani Oruvan. It is believed that Ram Charan will play the lead role in the film and Mohan Raja, who directed the Tamil version, is expected to wield the megaphone for the Telugu version.

Thani Orivan stars Jayam Ravi in the lead and talented actor Arvind Swamy played a crucial role. Now, the makers of the Telugu version needs to find a perfect actor who can do justice to Arvind Swamy’s role.

In a recent media interaction, Arvind Swamy said that he is not interested in doing Telugu films. So, it is now a big task for the makers to find an experienced actor to reprise his role. Sources say that Madhavan is under consideration for the role. So, it would be interesting to see who will replicate the crucial character in the action thriller.