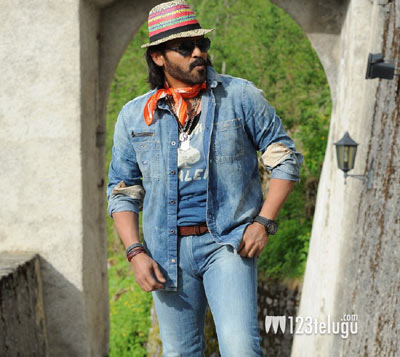 Ajay Devgan, Abhishek Bachchan starrer Bol Bachchan will soon be remade in Telugu. Venkatesh will play Ajay Devgan’s role whereas Ram will be reprising Abhishek Bachchan’s role in the Telugu version. Recently, Vijay Bhaskar was roped in to direct the remake. Sravanthi Ravi Kishore and Suresh Babu are jointly producing the remake. The film is still in pre-production stages, but there’s a big question over who’s going to play Venkatesh’s love interest in the film. According to the film’s script, Abhishek Bachchan’s sister falls in love with Ajay Devgan and at the same time Ajay Devgan’s sister falls for Abhishek Bachchan. It’s a million dollar question who’ll play Venkatesh’s love interest in the film. Moreover she’ll have to play Ram’s sister’s role as well.

Last year, after a long search, the makers of Seethamma Vaakitlo Sirimalle Chettu finally zeroed on Anjali to play Venkatesh’s maradalu’s role. It remains to be seen if the makers of Bol Bachchan’s remake can find a suitable jodi for both Venkatesh and Ram before the film takes off. The film is still in pre-production stage and it’s being said that quite a lot of changes might be made in the script. The hunt for both the actresses in the film will begin shortly.