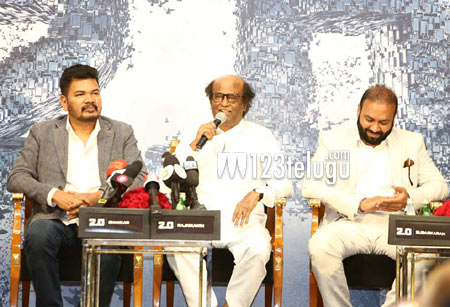 Despite being one of the biggest stars in the country with a humongous fan following across the globe, Super Star Rajinikanth is more popular for his simplicity and humble nature. Rajini, on a lighter note, revealed the secret behind his simple persona during 2.0’s press meet in Dubai this morning.

When a journalist asked Rajini “why are you so calm and simple, sir?”, Rajini gave a hilarious reply. “Because nobody pays me to act in real-life. Hence I am simple,” said the stalwart actor instantly.

On the other hand, Rajini’s co-star in 2.0 and Bollywood action hero Akshay Kumar was full of praises for Rajini. Akshay said that “despite having such super stardom, nothing has ever crossed over Rajini’s head”. Akshay went on to say that he needs to act in at least 4, 5 movies with Rajini to learn a lot more from the legend.