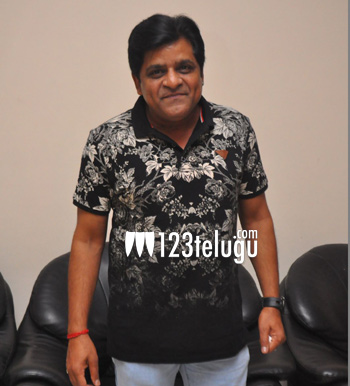 Ever since fans of Powerstar Pawan Kalyan saw him laughing out loud, seemingly at a joke cracked by Ali, at Katamarayudu’s pre-release function, there has been a lot of speculation about why the actor laughed so much and what did Ali exactly tell him. That moment was one of the highlights in the entire event and there are several memes and gifs showcasing Pawan Kalyan in an animated expression.

Revealing the details about that moment, Ali said, “I didn’t know that him laughing so much would create such a hysteria among his fans. On that night, Sharath Marrar was praising Pawan Kalyan and his avatar at the event and all of a sudden, I blurted out saying, “Malli Pelli Chesthada Enti?”. Pawan Kalyan overheard my joke and he couldn’t stop laughing.”

Well, folks, that was the secret joke behind why Pawan Kalyan laughed so hard at the Katamarayudu event. The film is slated for release on March 24.