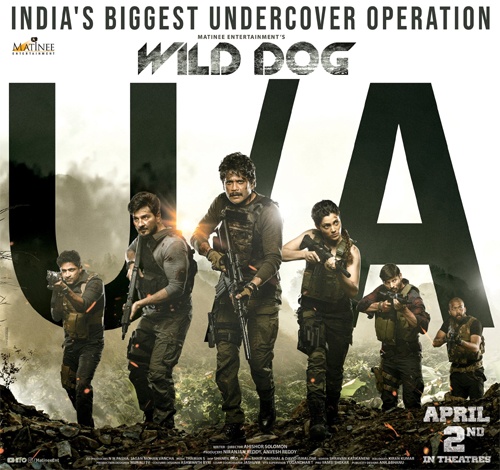 Wild Dog is a film that Nagarjuna has pinned a lot of hopes on. The film is a hot-shot action entertainer made on a high budget and is based on a real-life story and has a terrorist backdrop.

The film has completed its censors with a U/A certificate and is up for a release on the 2nd of April. The makers are doing crazy promotions and there is a good buzz for this film.

Nag plays an NIA officer in this film that has been produced by Matinee Entertainments. Solomon directs this film that also has Sayami Kher and Ali Reza in key roles.