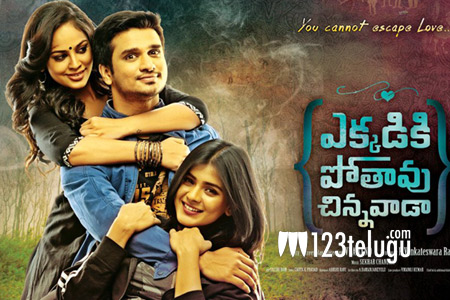 With the ban of currency, very less number of movies are releasing every week. In this situation, Nikhil’s Ekkadiki Potavu Chinnavada is seeing a solo release this weekend.

As there is not much competition around, if the film manages some decent talk, it will do the film a world of good. Nikhil has a decent craze all over and is promoting his film quite aggressively.

Directed by V I Anand, this film has as many as five heroines doing some crucial roles.