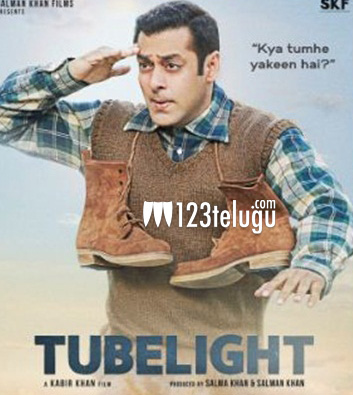 Bollywood superstar Salman Khan and his Eid releases are a match made in heaven. Over these years, Salman has been releasing all his films for Eid and they go on to become blockbusters. And looks like Bhai has yet another solid film coming up this Eid.

The much-awaited theatrical trailer of Salman’s upcoming emotional war drama, Tubelight, was released yesterday and it was received with a unanimous positive response.

Tubelight is opening in cinemas on June 23rd and trade analysts​ are predicting that the film will pose a tough challenge to all the Eid releases​ down South.

Stylish Star Allu Arjun’s Duvvada Jagannadham too is hitting the screens on the same day (June 23) and it will be interesting to see if Tubelight can impact DJ’s box-office performance in the twin Telugu states.