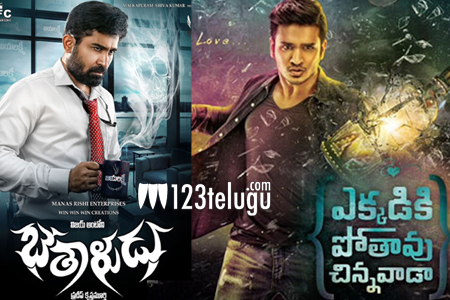 No one expected that Nikhil’s Ekkadiki Potavu Chinnavada would collect so much in the currency ban situation. Surprisingly, the film is impressing everyone and has already become Nikhil’s biggest hit till date.

The film has passed the 11 crore share mark and is into its third week. With no big releases in the last two weeks and some good promotions, EPC is doing fairly well to hold on.

Now, the film only has one hurdle to cross which is Vijay Anthony’s Bhetaludu. After the success of Bichagadu, the expectations on this film are huge and Nikhil will surely get some tough competition from this film which will open huge in the mass belt.

Nikhil and team will be closely monitoring the output of this film as they would get another fresh week for their film to continue its dream run. For now, Nikhil is super happy and is laughing all the way to the bank.