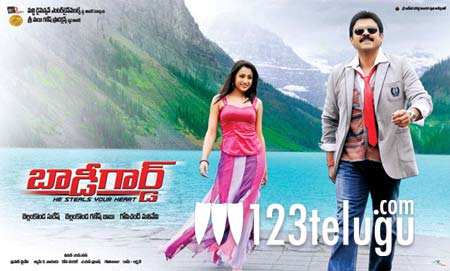 Among the famous quartet of heroes of Balayya, Chiranjeevi, Nagarjuna and Venkatesh, fans have rightly labelled only one with the name Victory – “Victory Venkatesh”. Such is his success ratio at the box office. But the man himself is modest and unassuming to a fault. Deeply philosophical and extremely practical he comes across as someone who has achieved an envious balance in life. He is dedicated to his craft and leaves no stone unturned to ensure that the crowds have a good time at his movies. But the thorough professional that he is, in his heart he would be hoping that Bodyguard would end a comparatively lean period at the box office for him. He is no stranger to silver jubilees and smash hits. If anything in sheer percentage terms he fares much better at the box office than any of his peers. But off late success has been playing a shadow game with him. If everything goes well the next couple of days will see a reversal of that trend.