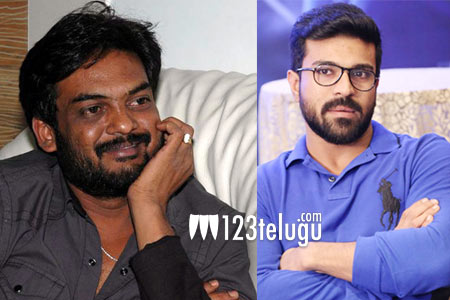 Ram Charan made a striking debut under Puri Jagannadh’s direction in the 2007 romantic action entertainer, Chirutha. It’s been more than a decade and Charan and Puri never teamed up with each other again.

But if the ongoing speculation is to be believed, the Chirutha duo will join forces once again for a film to be produced by senior filmmaker KS Ramarao. Even if the buzz turns out to be true, this project will only go on floors next year.

Meanwhile, both Charan and Puri are currently busy with Rangasthalam and Mehbooba respectively. Charan will soon work on Boyapati’s film and later join Rajamouli’s multi-starrer in the second half of 2018. On the other hand, there’s no clarity on Puri’s future projects.