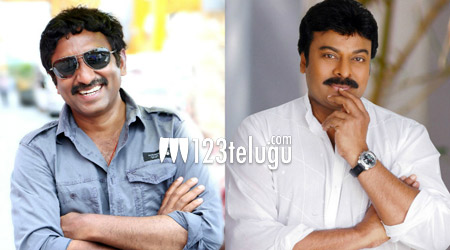 Ram Charan’s upcoming action entertainer Bruce Lee is getting ready to hit the screens on October 16th. The shooting has been wrapped up and the post production work is going on at a brisk pace. Directed by Sreenu Vaitla , the film has Rakul Preet Singh as the heroine.

Megastar Chiranjeevi will be seen in a cameo role in the film. It is learnt that Sreenu Vaitla took due care on his character to ensure that his appearance will be an eye feast for the audience. He already announced that Chiranjeevi’s role in Bruce Lee is just a teaser for his 150th film. So, will Chirnajeevi’s guest role turn the fortunes of Sreenu Vaitla ?

Post Aagadu release, Sreenu Vaitla faced a lot criticism from the audience and the media for using routine commercial formula in all his films. So, with Bruce Lee, Sreenu Vaitla is aiming to restore the lost pride and make a strong comeback. Chiranjeevi’s guest role is surely a big advantage for the film and despite a limited screen time, his presence is likely to be a big draw for the film. In the past, Chiranjeevi played a cameo in Magadheera and audience were overjoyed with his appearance.

With the prestigious 150th film in the offing, Chiru’s role in Bruce Lee is just like a teaser for his comeback in a full length role. Let us hope Chiranjeevi’s presence will help Sreenu Vaitla and his film big time.