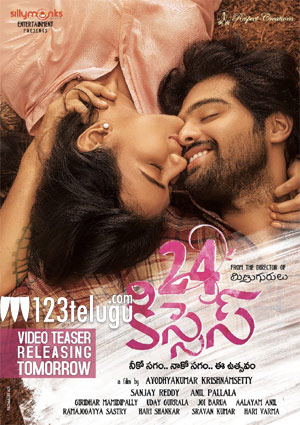 Hebah Patel made a good name for herself with the success of Kumar 21F. She continued it with Edo Rakam Adorakam which was also a hit. But sadly, she could not consolidate her place in the industry.

Now, after a long break, she has now come up with a film called 24 Kisses which also stars Adith. Going by the title, looks like this film is yet another youthful entertainer which will showcase Hebah in a hot avatar once again.

Ayodhya Kumar directs his film which needs to be a good hit to bring back Hebah in the game. For now, the title seems interesting and we need to see whether Hebah impresses with this film or not.