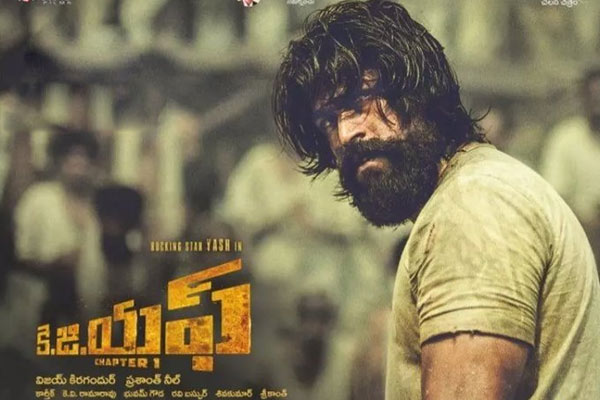 Kannada star Yash’s KGF Chapter 2 is undoubtedly one of the most eagerly awaited movies of this season. This high budget period action drama directed by Prashanth Neel will release across the country in multiple languages.

KGF Chapter 2’s shoot is currently underway in Hyderabad. Crucial scenes featuring Yash and other lead actors are being shot these days, and Bollywood star Sanjay Dutt will join the sets in November.

The film was earlier scheduled to hit screens during the Sankranthi season. However, a source close to the project informed the media that the film is almost ready except for the climax portions and that an early release, even in December is a possibility. Well, we will have to wait for a few more weeks to get some clarity.