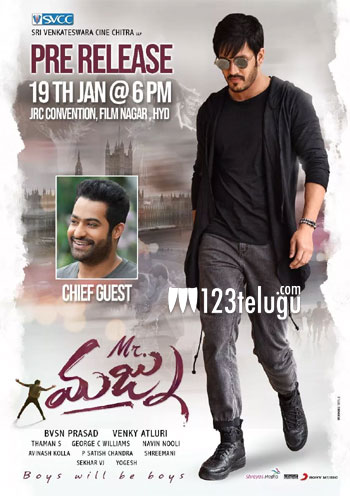 Two days back, we had reported that NTR will be coming in as the chief guest for the pre-release event Mr. Majnu which will be held today in Hyderabad.

Mr. Mjanu has been having a decent buzz but not as expected from Akhil and team. But as soon as it was announced that NTR is coming in to promote the film, the romantic drama became center of attraction.

The event will be held on a grand scale and we need to see if NTR’s presence will really help the young hero with his film.

But whether the film manages to impress the audience will only be decided by the way Venky Atluri directs the film.