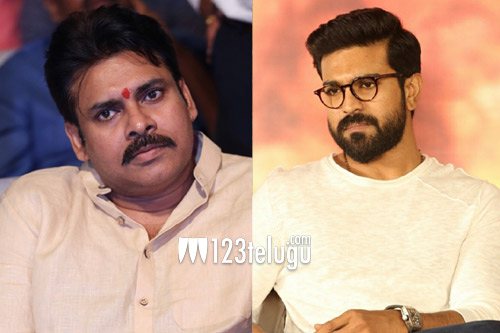 Last year, speculations were rife that the uncle-nephew duo, Pawan Kalyan and Ram Charan, will be sharing the screen in the Telugu remake of the super hit Malayalam drama, Driving License. At one point, there were even rumors that Pawan and Ravi Teja will be acting in this craze remake under Ram Charan’s production. However, none of these speculations turned out to be true.

Driving Licence’s Hindi remake was announced recently, with top Bollywood stars Akshay Kumar and Emraan Hashmi playing the lead roles. The latest buzz in Tollywood circles is that an official announcement regarding Driving License’s Telugu remake will be out very soon. However, whether or not Pawan Kalyan and Ram Charan will be collaborating on this special project remains to be seen.

Directed by Lal Jr, Driving License’s Malayalam version was produced by Supriya Menon and Listin Stephen. The film had top Mollywood stars Prithviraj Sukumaran and Suraj Venjaramoodu pitted against each other.