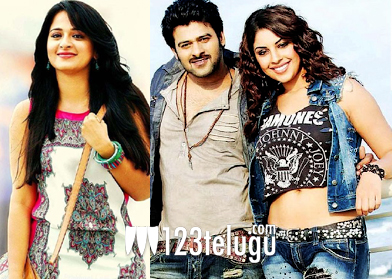 Will Young Rebel Star Prabhas fall in love with Vennela or Manasa? In case you are wondering who these ladies are, relax. Vennela and Manasa are the names of the characters being played by Anushka and Richa Gangopadhyay in ‘Mirchi’. The movie is all set to hit the screens tomorrow in a big way.

Prabhas will be seen as Jai, an architect based in Italy. The movie is expected to be an action entertainer with good family emotions. Koratala Shiva is the director of this movie and he is making his debut with ‘Mirchi’ after having written stories and dialogues for several successful films.

Devi Sri Prasad has composed the film’s music and the songs have gone on to become chartbusters. Pramod and Vamsi are producing this film on UV Creations banner.