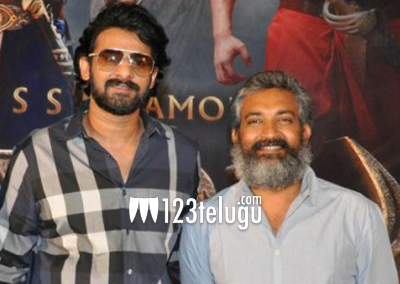 Star duo Prabhas and Rajamouli joined hands twice for Chatrapathi and Baahubali’s part one and two. Baahubali The Conclusion is slated to release on April 28 and Prabhas gave an exclusive interview to Telugu media today.

The Young Rebel Star revealed that before Baahubali, Rajamouli narrated 6, 7 stories to him including the story of Sri Krishnadevaraya. Prabhas further revealed that he liked the story very much, but the project didn’t materialize as Rajamouli felt that something was amiss in it.

That’s when Rajamouli narrated Baahubali’s story when Prabhas was dubbing for Rebel and the rest is history. The big question now is will Prabhas and Rajamouli work on Sri Krishnadevaraya for their next project?