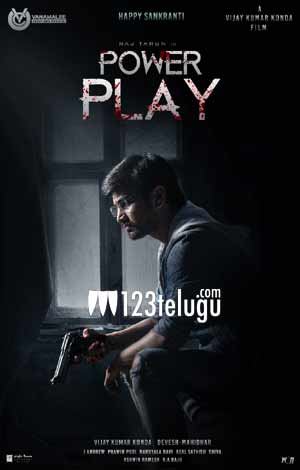 Ever since he began his acting career with Uyyala Jampala in 2013, young hero Raj Tarun has been mostly appearing in youthful romantic entertainers. He has been going through a rough patch of late, with most of his films ending up as failures at the box-office.

In a major change of plans, Raj Tarun has given a temporary break to love stories and has signed a thriller. Titled Power Play, his new film is underway at the moment and it is being directed by Raj Tarun’s Orey Bujjiga director Vijay Kumar Konda. The film is being produced by Mahidhar and Devesh. Whether or not Raj Tarun will score a hit and give a boost to his career with this new genre remains to be seen.