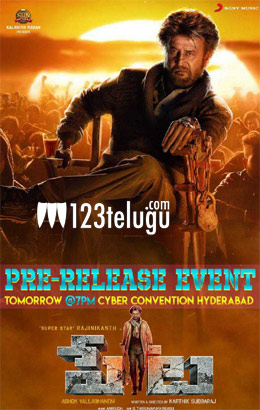 Rajinikanth is a sensation of sorts and has a massive fan following. But one cannot deny the fact that his following has taken a slight beating in the Telugu states and this was proved with the collections of his last few films here.

Now, he is gearing up with a big film Petta which is up for a release on the 10th of this month. Generally, there would be a superb hype for a Rajini film but as three Telugu films are releasing along with it, the concentration on Petta is a bit less.

So, all eyes are on Rajini and his presence at the pre-release event which will be held tomorrow. Will Rajini’s star power ensure the film a good start needs to be seen.