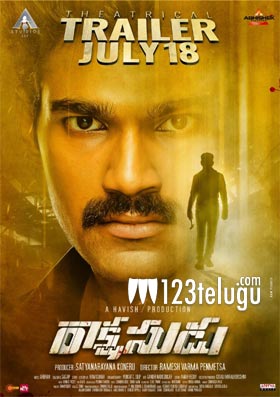 There is a lot riding on Rakshasudu’s success for Bellamkonda Sai Sreenivas. Although he got a decent market after Jaya Janaki Nayaka, the actor’s recent films including Kavacham and Sita haven’t been able to make a big splash. Now, he is back with a thriller, Rakshasudu in which he had played the role of a cop.

The film is the Telugu remake of Ratsasan, which was a huge hit in Tamil. The film’s storyline was highly appreciated in Tamil, and it is expected to draw a big applause in Telugu as well. Bellamkonda Sai Sreenivas and Anupama Parameswaran have played lead roles in the Telugu remake.

The film’s trailer has got a good response and the team is leaving unturned to promote the film in a big way. Directed by Ramesh Varma, the film is slated for release on August 2. And it remains to be seen if it changes the actor’s fortunes at the box office.