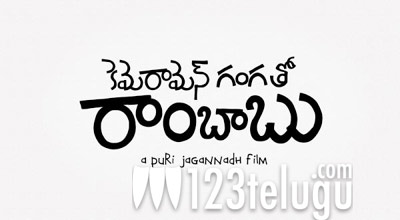 Will Rambabu overtake Gabbar Singh? That is the interesting question that is being discussed among filmnagar folks currently. Power Star Pawan Kalyan scored a massive blockbuster with ‘Gabbar Singh’. Now he is all set to hit the screens in October with ‘Cameraman Ganga tho Rambabu’.

With Puri Jagan as the director, the buzz for the film is incredible and it is expected to do record business even before release. So with the terrific form of both Pawan and Puri, will the film overtake the opening business of ‘Gabbar Singh’? That remains to be seen but for now, Pawan’s fans are eagerly hoping that Rambabu will break his own records.