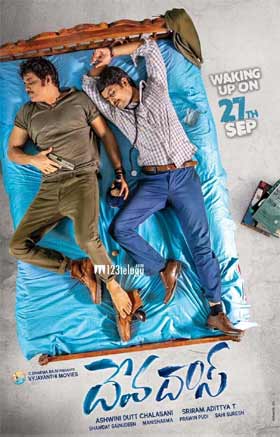 It is well-known that Nani and Nagarjuna joined forces for the first time in their careers. Titled Devadas, this movie is being directed by Bhale Manchi Roju and Samanthakamani fame, Sriram Adithya. Today, the makers have confirmed that they have wrapped up the shooting works for this much-awaited multistarrer.

If the rumors are to be believed, Devadas will hit the theaters on September 27th. In the past, Nani’s Majnu, Ashta Chamma, and Bhale Bhale Mogadivoi were released in the month of September and all 3 of them turned out to be solid hits at the box office.

The followers of the natural actor are hoping that he will repeat a similar feat with Devadas as well. It needs to be seen if the September sentiment will workout for Nani this time around.