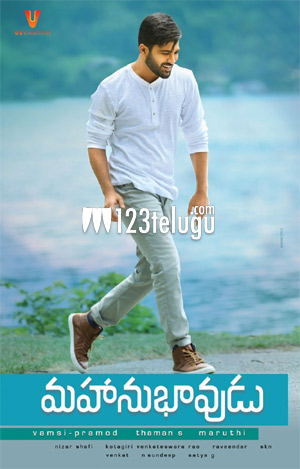 Sharwanand is one actor who has a lot of guts. He does films with interesting concepts and releases them along with some biggies. If one can remember, both his films, Express Raja and Shatamanam Bhavati released during Sankranthi seasons and amidst huge competition from other star hero films like Nannaku Prematho, Khaidi No 150 and Satakarni.

Luckily for Sharwa, both his films tuned out to be good hits at the box office. Now, a year later, he is once again back with his new film Mahanubhavudu which is releasing along with films like Spyder and Jai Lava Kusa.

There is once again a lot of pressure for Sharwa to deliver in such a situation. Naturally, a low budget film like Mahanubhavudu would have backed out of the race but a confident Sharwa is not shying away and is taking the competition head-on as he is happy with the film’s outcome.

The trailers and songs have caught on quite well for Mahanubhavudu and let’s hope that Sharwa continues his winning streak at the box office.