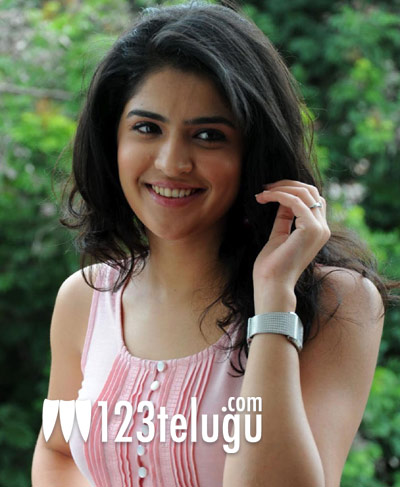 Deeksha Seth has to be perhaps the most unlucky actress in the industry right now. Despite being a dedicated actress and a hard worker, true success has not come her way. Even in a successful film like Mirapakay, she did not get a star image. She is also being seen only in glamour roles that give her little scope to perform, perhaps one reason why she is not winning the acclaim that she deserves.

When asked about this, Deeksha says that her true talent is yet to come out. ” Glamour roles are all that an actress gets in the early stages of her career. But you have not seen the actress in me till now. For example, no one knew Anushka could act so well until Arundhati came out. No one guessed Kareena Kapoor had such a talented performer hidden inside until Jab We Met came out. I am waiting for such roles. Give me those kind of films and I will showcase my true talent” she says.

Well, let us hope that filmmakers are listening to what she is saying. For now, all we can say is “Better luck next time Deeksha”.