Will this be a threat to Ala Vaikuntapurramulo’s Hindi remake?
Published on Jan 25, 2023 4:00 pm IST

Bollywood star hero Karthik Aaryan’s Bhool Bhulaiyaa 2 was a phenomenal success at the box office. His last flick, Freddy, was released on Hotstar directly. Now all eyes are on the young actor’s next flick Shehzada, the official Hindi remake of the Telugu blockbuster Ala Vaikuntapurramulo. The theatrical trailer was also released recently, which received a good response.

Earlier, Goldmines Telefilms planned to release Ala Vaikuntapurramulo’s Hindi version in theatres but later backed out of its plan. However, Goldmines Telefilms has now given a surprising update that the Hindi dubbed version of the Allu Arjun starrer will be releasing on 2nd February on its official Youtube channel. While Shehzada is set for a release on 10th February, this unexpected announcement from Goldmines has come up as a huge shock.

We need to see if this move from Goldmines will have an effect on Shehzada’s collections. Kriti Sanon reprises the role of Pooja Hedge. Paresh Rawal, Manisha Koirala, Sachin Khedekar, and Ronit Roy play vital roles. Bankrolled together by T-Series Films, Allu Entertainment, Brat Films, and Haarika & Hassine Creations, this comedy family entertainer is helmed by Rohit Dhawan. 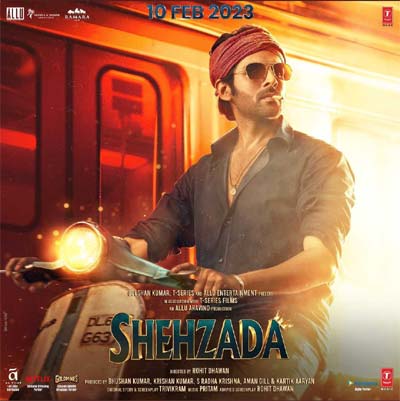