Will this crazy speculation on Chiru’s Lucifer remake come true?
Published on May 3, 2020 8:57 am IST 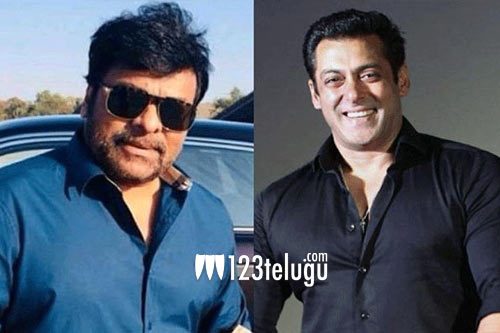 Apart from Chiru, Lucifer remake will also feature another hero, originally essayed by Malayalam star Prithviraj, in a lead role. Until recently, there were reports that Ram Charan will be reprising the role. But there has been no official announcement regarding the buzz.

Now, the latest crazy buzz that’s doing the rounds in film circles is that Bollywood superstar Salman Khan is being considered for this special role. Both Chiru and Salman share a close bond and Salman once expressed his wish to work with the Megastar. Whether this crazy combo will materialize this time around remains to be seen.