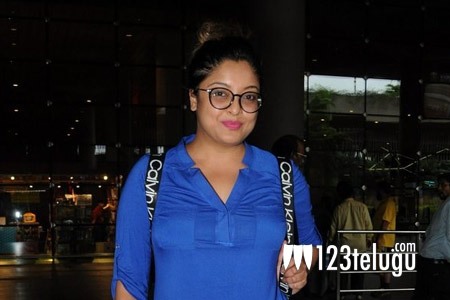 Noted Bollywood actress, Tanushree Dutta, who made an entry in Telugu with Balakrishna’s 2006 film, Veerabhadra is not seen in films for the past few years. But a year ago, she came into the limelight by making harassment allegations on popular Hindi actor Nana Patekar.

Now, the latest news is that Tanushree Dutta is gearing up for her second inning in films soon. Reportedly, she has been roped in for a Hindi and two South projects.

She has also lost a lot of weight and is raring to go. Will Tanushree’s fate change in her second inning, needs to be seen.