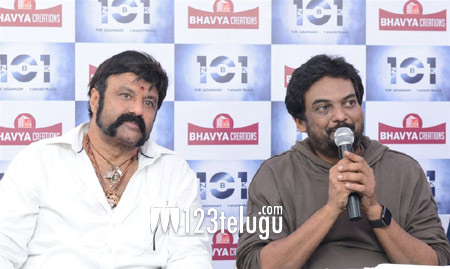 After much deliberation, Balakrishna joined forces with Puri Jagannadh for his highly-anticipated 101st movie. The duo kick-started the film’s shooting at the Aluminum Factory and the first schedule will conclude tomorrow.

Now, the latest speculation that has been doing the rounds on social media is that the Puri-Balayya movie is titled Tapori, in typical Puri Jagannadh style. However, we will have to wait until an official announcement is made by the makers.

The second schedule will kick-start in London on April 7th and it’ll last until May 7th. The makers are yet to lock the film’s heroines. Bhavya Films’ Anand Prasad is producing this movie.