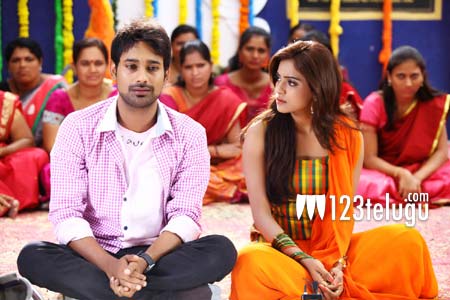 Varun Sandesh has been going through an all time low in his career. Some of his previous flicks have bombed miserably at the box office. This hasn’t stopped him from signing more films, and his latest presentation is ‘Paddanandi Premalo Mari’.

This romantic entertainer also stars Vithika Sheru and it has been directed by Mahesh Upputuri. Slated for a release on February 14th, this film will be a true test for Varun and will probably be a make or break film in his career.

The trailers have caught on well so let’s hope that he scores big with this film. ‘Paddanandi Premalo Mari’ has been produced by Nallapati Ramachandra Prasad.