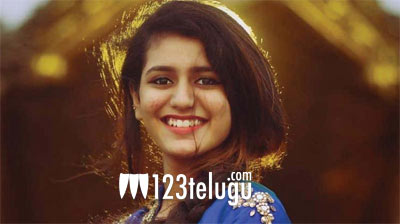 Earlier this year, a short video clipping of the song Manikya Malaraya Poovi from the keenly awaited Malayalam campus drama, Oru Adaar Love, went viral on social media. Since then, teen beauty Priya Prakash Varrier has been a huge sensation across the country, thanks to her winks.

Now, all this popularity resulted in Priya bagging a major brand endorsement deal. Apparently, Priya has been paid a whopping 1 crore to endorse the product. The young beauty was spotted in Mumbai shooting for the ad film yesterday. In the past, there were reports that Priya would be making her debut in Tollywood, but there has been no official word regarding the buzz.