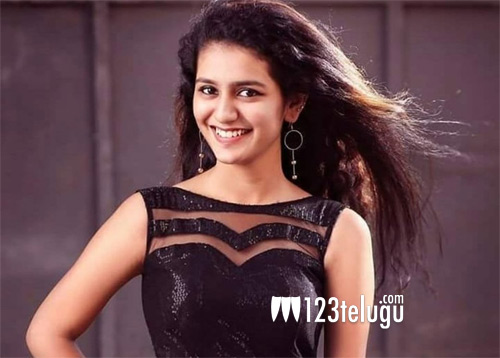 Priya Prakash Varrier, the Kerala teen sensation who went viral on social media with her cute winks in the Manikya Malayara Poovi song from her Malayalam debut film, Oru Adaar Love, is all set to debut in Bollywood. Priya was in London recently to take part in a special photoshoot for her maiden Hindi flick.

Priya Prakash has confirmed the news about her Bollywood debut in a latest interview with a popular English daily. However, she remained tight-lipped about other details regarding the film’s cast and crew. Meanwhile, Oru Adaar Love is slated to hit screens on February 14 next year.