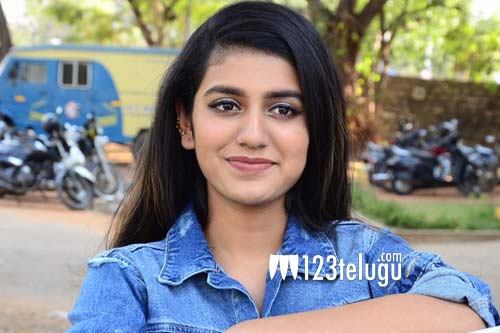 Malayali girl Priya Prakash Warrier became an overnight sensation when a video of her winking in the upcoming Malayalam film Oru Adar Love became viral. She became an international viral feature and everyone began talking about her.

The actress was in Hyderabad recently to promote the Telugu version of the film which is titled Lover’s Day, and the film’s pre-release event saw Allu Arjun in presence as well.

During an interaction with one of the media houses, she revealed that the particular scene was shot in a single shot! Apparently, once the film’s director gave her the cue as to what had to be done, they got the shot perfectly in a single go.