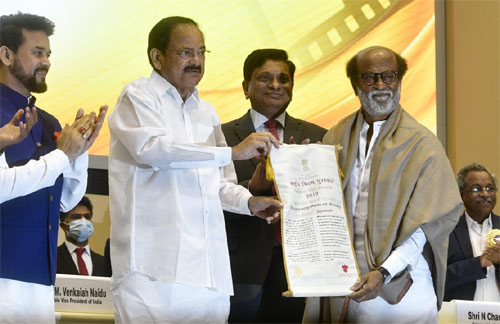 Rajinikanth was given the prestigious Dada Saheb Phalke Award earlier today in Delhi and his family was also in attendance to witness the event.

Rajini kept his speech simple and thanked everyone for giving him so much love. He ended his speech by saying that without the Tamil people’s love and encouragement, he could not have become a famous superstar.

Rajini was born in Mumbai and raised in Karnataka. A lot of fingers were raised when he decided to join politics due to his origin.

But now, in his speech, Rajini has once again shown his love for the Tamil Makkal who have brought him here.