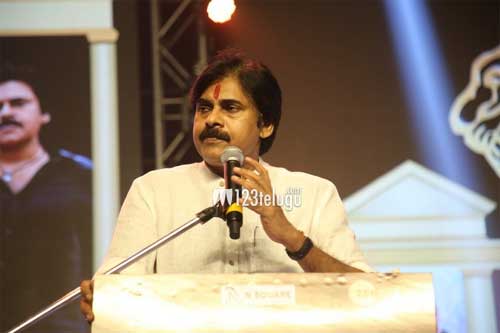 Actor-politician Pawan Kalyan was the chief guest at the pre-release event of his nephew Sai Dharam Tej and director Deva Katta’s upcoming social drama, Republic. Throughout his speech, Pawan lashed out at the YS Jagan Mohan Reddy-led YSRCP government for targeting the Telugu film industry in Andhra Pradesh.

“Why is the government bossing around the film industry which runs on private investment? This is not YSRCP Republic, this is Indian Republic. Film industry doesn’t see caste or religion. The industry is facing a lot of hardships. I won’t tolerate if Tollywood is targeted. The entire film industry must unite to fight for survival,” said the Janasena President.

“If you have issues with me, go ahead and ban my movies. But do not trouble others films,” Pawan told the AP government. “We won’t survive if we are afraid of goondas. Tell industry people like Chiranjeevi to not beg but fight strongly and question the government about our rights. Only then will they resolve our issues,” said Pawan, further adding that the AP government is planning to sell movie tickets since it doesn’t have money.