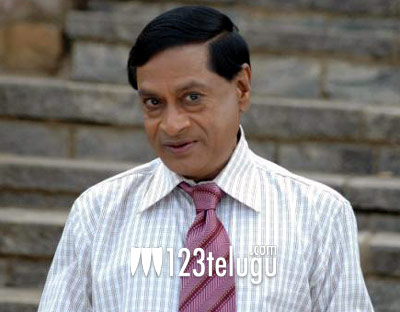 M S Naryana is by far one of the best comedians in the present generation of comedy actors in Tollywood and has acted in close to 700 films till date essaying various roles. He has bagged around 5 Nandi awards till date. He was initially a lecturer and has worked as a story writer for several films before foraying in to acting.

In a chat with Telugu daily Sakshi he expressed his displeasure saying “Story is the main element on which success or failure depends, however a writer never gets his due credit in the industry. Hardly anybody recognizes a writer whereas that’s not the case with an actor or director. In fact it is this same reason which has pushed the writer in me and I wanted to get in to a position where writer’s photo is published on the poster. However I only half succeeded in my goal as destiny had a different plan for me”.
He has also said that he just consumes alcohol in limited quantities but not a heavy drunkard as presumed by many people.