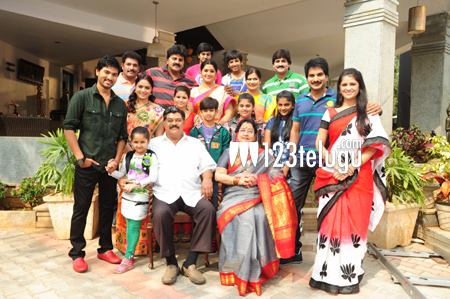 We all know that director S.V.Krishna Reddy is making a comeback into mainstream cinema with the sequel of 1994 super hit ‘Yamaleela’. This family entertainer is gearing up for a massive release on Nov 28th and according to reports it is releasing in more than 500 screens all over. The recently released audio has also got good response from the audience.

Debutantes K.V.Sathish and Diah Nicholas are playing the main leads in this film which features Dr. Mohan Babu as Yama and Brahmanandam is set to entertain as Chitragupta once again.