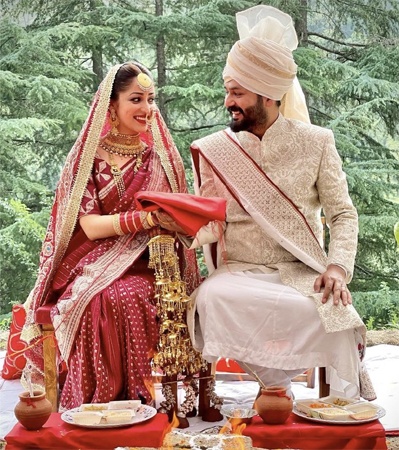 Yami Gautam is one of the most beautiful heroines in India. She has done multiple films and is known for her natural looks and performance in films like Vicky Donor.

Well, she has made headlines as Yami has tied the knot to director Aditya Dhar this afternoon in Mumbai. Aditya is known for his super hit film Uri starring Vicky Kaushal and Yami Gautam.

The news that this couple was dating went viral for some time now. But the couple has shocked many by tying the knot today. Not many know that Yami also did three films in Telugu. Here’s wishing her all the best.