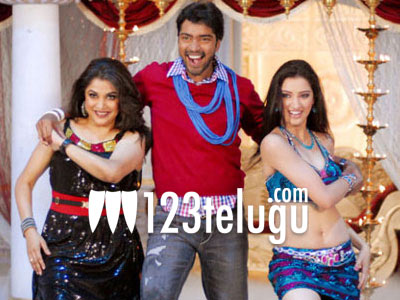 The audio of Allari Naresh, Richa Panai starrer Yamudiki Mogudu will be launched on November 23. E Sattibabu is directing the film and Chanti Addala is producing this socio fantasy film. Ramyakrishna and Shayaji Shinde are playing important roles in the film. Although several films with the backdrop of Yama were made in the past, the twist in Yamudiki Mogudu is that Allari Naresh falls in love with Yama’s daughter. Richa Panai is playing Yama’s daughter whereas Ramyakrishna is playing Yama’s wife. Shayaji Shinde will be seen as Lord Yama. Recently a song was shot in Switzerland and it has reportedly come out quite well. This is the third film in Allari Naresh and E Sattibabu’s combination and the director is confident that Yamudiki Mogudu will continue the success streak. Koti has composed the music. The film’s shooting has already been wrapped up and Chanti Addala is planning to release the film in the first half of December.