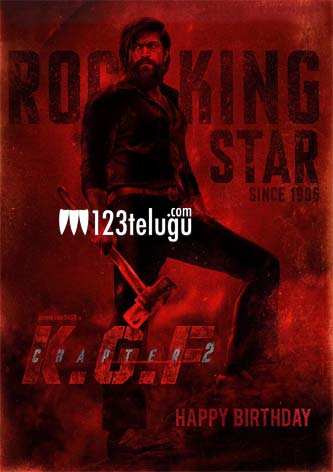 Sandalwood star Yash is celebrating his birthday today. On this occasion, the makers of his most eagerly awaited period action drama, KGF Chapter 2, have unveiled a special birthday poster. Yash looked quite intense and macho in a rugged avatar, as he holds a hammer in his hand.

KGF Chapter 2 is currently being shot and the entire production formalities will be wrapped up by early summer. The film is slated for release in the second half of this year. Bollywood actor Sanjay Dutt and Raveena Tandon play key roles in the movie, along with Sreenidhi Shetty who plays Yash’s love interest.

Happening director Prashanth Neel is helming this crazy project and Hombale Films banner is bankrolling it. The film’s teaser will be out soon.