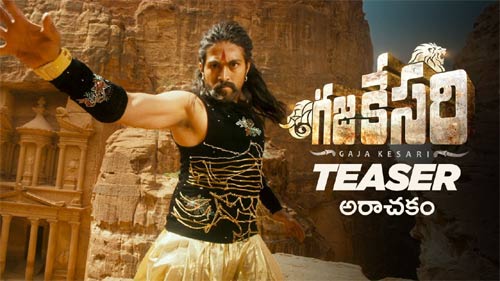 Even before Sandalwood star Yash’s highly-anticipated gangster drama, KGF Chapter 2, hits screens later this summer, one of his previous movies is gearing up for release in Telugu. The Rocking Star’s 2014 high budget socio-fantasy drama, Gajakesari, has been dubbed in Telugu and the fun will be released in cinemas on March 5th.