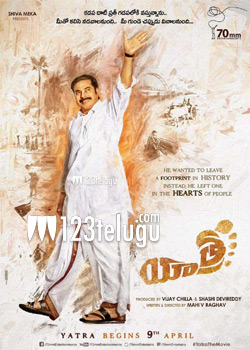 Malayalam star Mammootty is making his comeback to Tollywood after nearly 2 decades. The national award-winning actor is currently shooting for Yatra, a biopic on former Chief Minister of erstwhile Andhra Pradesh YS Rajasekhara Reddy. The film’s teaser was released last night on the occasion of YSR’s birth anniversary and received an overwhelming response from all quarters.

Mammootty interacted with a popular Telugu daily and spoke at length about Yatra and how he is going to portray YSR. The stalwart actor was asked if he had no apprehensions to work with a 2-film old director for a prestigious project like Yatra. Mammootty said that he had trusted Mahi V Raghav’s confidence and that he was impressed when the director had narrated him the script. “Yatra’s script was so good that I couldn’t refuse it,” said Mammootty.

Mammootty further said that he is not merely imitating YSR, but he is interpreting the legendary politician in a way audiences will be able to relate to easily. Mammootty has decided to not sign any other film until he wraps up Yatra so that he doesn’t get distracted. He is also learning Telugu and will be dubbing in his own voice.

Vijay Chilla and Shashi Devireddy are bankrolling the movie under 70mm Entertainments banner.