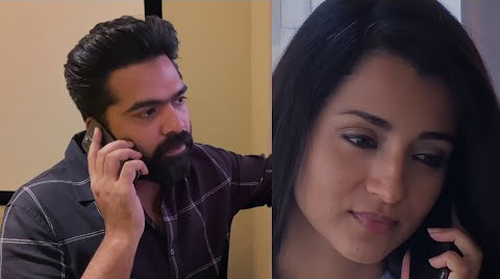 Kollywood stars Simbu and Trisha reunited with director Gautham Menon for the sequel to their 2010 cult romantic drama, Vinnaithaandi Varuvaya (Ye Maaya Chesave in Telugu). Titled Karthik Dial Seytha Yenn, the film, a 12 minute long short in Tamil, was released in the evening.

The short film is all about Simbu (Karthik), now a filmmaker, going through a writer’s block as he continues to miss Jessie (Trisha). The love and longing that unfolds when Karthik calls Jessie forms the main crux of the story. The short film has a soulful soundtrack composed by AR Rahman.

Gautham Menon himself has shot the film on an iPhone. The film is bringing back the vintage vibes to all the fans of VTV and YMC.